The drive to the Gulf to capture the rare Purple Crowned Fairy Wren in breeding plumage was not for the faint hearted.   It took 5270 kilometres and three weeks to achieve with some well planned diversions.  I was accompanied and assisted by my friends Clive Meadows and Louise Earnshaw, both acknowledged bird experts.

Our first major encounter with the elements was a sandstorm at Longreach which nearly blew my tent away.   Surviving that, we proceeded in 38 to 40 centigrade to Adel’s Grove just south of the Gulf. 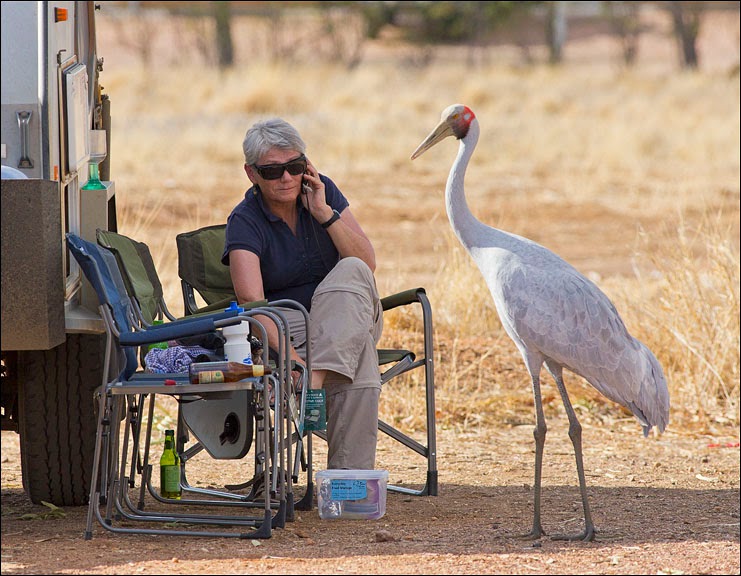 One hour before a sandstorm hit Longreach,
Lou with very friendly Brolga while phoning her Mum! 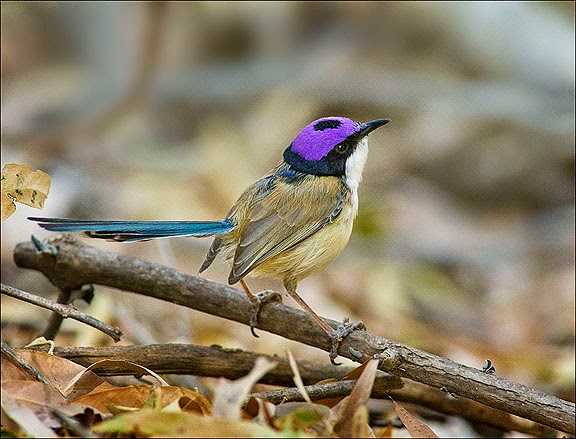 The male Purple-crowned Fairy-wren was much more accommodating to photograph and I managed to capture shots of him fairly quickly in the first days study. 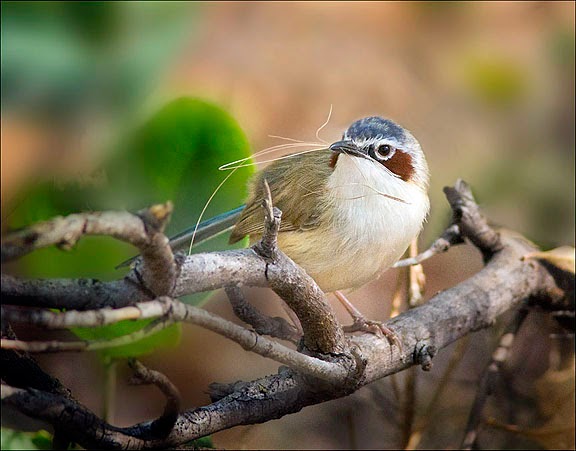 The female Purple-crowned Fairy-wren however was a different matter and it took three days in extreme heat waiting for her to make an appearance in her territory, explained by her carrying nesting material, she was busy with other things! 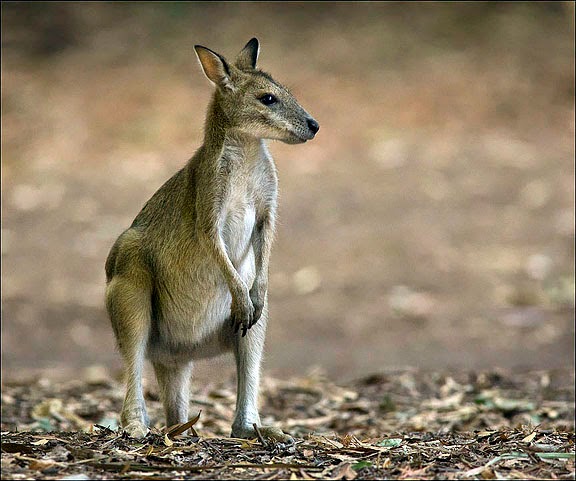 Whilst camping at Adels Grove, a young Agile Wallaby would come past my tent every morning and evening to drink at the water tap overflow and eat the fallen figs from the giant fig trees which provided us with so much relief from the heat. 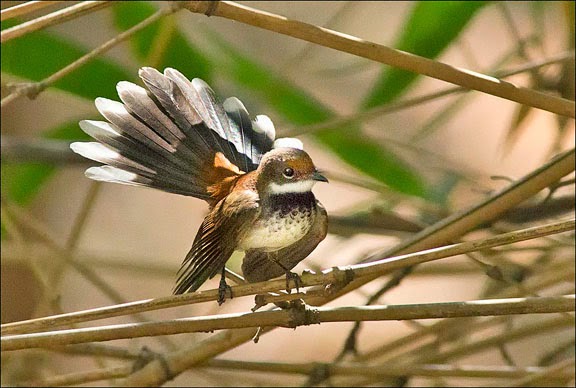 The Arafura Fantail is split from the Rufus Fantail and only occurs in this district, so I was able to add another rare bird to my collection.  Very pretty but very fast! 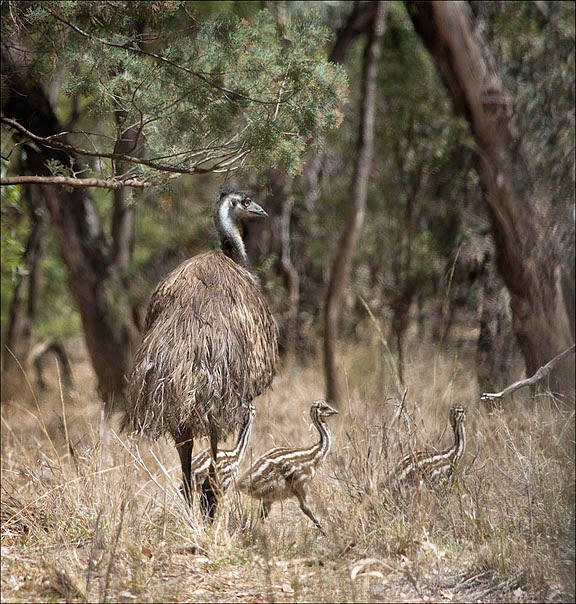 Emu and chicks taken from the car, driving past, so iconic of Queensland, the dry had been so bad that they had started to invade the high streets of country towns in desperation for food and water

Gulf landscape is generally very dry and flat, but there were some old outcrops of rocky moonscapes hosting some of the hardier vegetation. 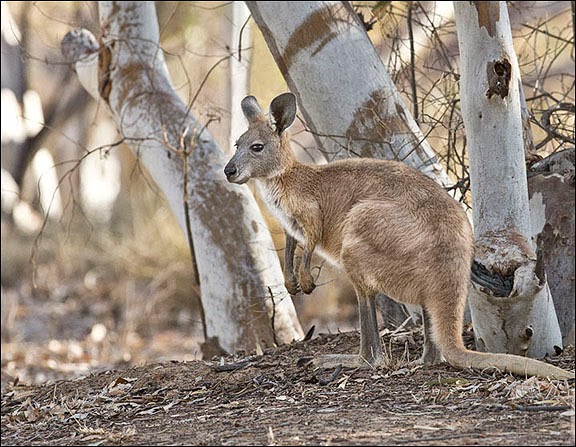 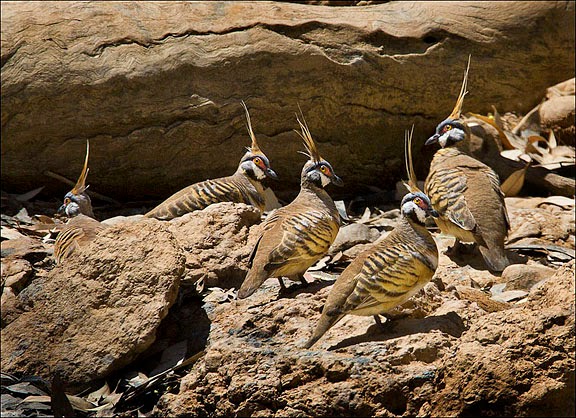